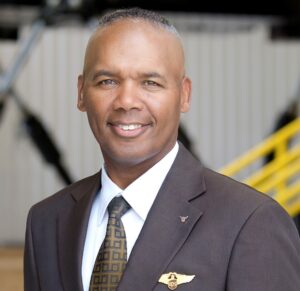 A member of the Drone Advisory Committee (DAC) since its inception in 2016, Houston Mills has recently been appointed its chairman, continuing its mission to safely integrate Unmanned Air Systems (UAS) into the National Air Space (NAS).   Much like RTCA, the DAC brings together a variety of entities to engage in actively contributing to consensus-based recommendations that are provided to FAA.

“The DAC’s multi-stakeholder composition puts us in a unique position to capture multiple perspectives from the foundational level and help ensure nothing is missed in the regulation forming process,” said Houston.

The challenges Houston sees begin with gaining public acceptance and trust, which he believes is vital to long-term sustainability, as well as ensuring regulations and policies are centered around safety and security.   With that as the basis, new users will be able to readily adopt key aspects of safety culture ingrained in traditional aviation.  Houston also sees ongoing education campaigns as a part of the process that should ensure public trust continues to grow.

“I applaud the FAA’s risk-based approach of integrating new users into the NAS by ensuring needed performance standards are in place to ensure public safety and long-term success,” said Houston.

The work of the DAC is determined by tasks outlined by the FAA, which tell the DAC the targeted areas the FAA has selected that need further exploration and recommendations.  These include:  remote identification equipage, UAS Security (geofencing capabilities that will reduce security risks and the creation of a database that will help with critical infrastructure and Temporary Flight Restrictions), improvements to the waiver process, FAA/UAS plan reviews, facility map updates, Beyond Visual Line of Sight challenges, safety culture (including situational awareness), what constitutes acceptable risk, and other factors in integrating UAS.

Ensuring safety in the NAS a mission former fighter pilot and current 757/767 captain Houston feels passionate about, saying, “I’m excited to support this industry because of the promise and innovation it will unlock. This technology is already improving and saving lives via humanitarian relief efforts, search and rescue missions, fire-fighting, and will greatly benefit society by doing the dull (agriculture, mining, mapping), dangerous (powerline/bridge inspections), and dirty (first responders, police) jobs done by humans today. 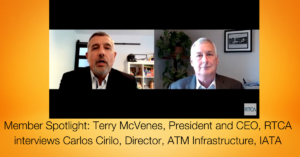 Terry McVenes interviews Carlos Cirilo, Director, ATM Infrastructure for the International Air Transport Association. Carlos discusses meeting the needs of the aviation industry during times of change including pandemics and new entrants, and getting international air travel back to 2019 levels.  WATCH

This document contains the Minimum Aviation System Performance Standards (MASPS) for a C2 Link System connecting a Control Station (CS) and an Unmanned Aircraft (UA). This MASPS contains the standards which specify system characteristics, but it is design and frequency band independent. It is intended to be used by UAS operators, UAS Original Equipment Manufacturers (OEM), C2 Link Service Providers, plus the FAA.  Version A updates the original document to provide full analysis for additional use cases not provided in the initial release.  This document now provides system performance requirements for Ku and Ka band SATCOM based C2 Link Systems. It contains new material on service level agreements as well as a methodology and an example for how to conduct a link budget analysis

This Errata restores a table inadvertently excluded from the original document.

This Errata corrects a publication error that inadvertently omitted a portion of Appendix H.

This Errata added “or DFL” in sections E.2.2.1.1.4 and E.2.2.1.1.6 in DO-262F to correct inconsistencies between the valid equipment combinations listed in Table E-4 and the transceiver descriptions in the aforementioned sections. 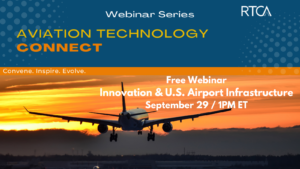 Airports are increasingly reliant on technology and innovation to meet the needs of the communities they serve and those of their airline and other commercial partners. Join RTCA and airport leaders for a discussion of how airports are embracing new technologies and utilizing them in concert with physical infrastructure to enhance customer experiences, enhance safety and security, and improve sustainability and operational efficiency.

This website uses cookies to improve your experience while you navigate through the website. Out of these cookies, the cookies that are categorized as necessary are stored on your browser as they are essential for the working of basic functionalities of the website. We also use third-party cookies that help us analyze and understand how you use this website. These cookies will be stored in your browser only with your consent. You also have the option to opt-out of these cookies. But opting out of some of these cookies may have an effect on your browsing experience.
Necessary Always Enabled
Necessary cookies are absolutely essential for the website to function properly. This category only includes cookies that ensures basic functionalities and security features of the website. These cookies do not store any personal information.
Non-necessary
Any cookies that may not be particularly necessary for the website to function and is used specifically to collect user personal data via analytics, ads, other embedded contents are termed as non-necessary cookies. It is mandatory to procure user consent prior to running these cookies on your website.
SAVE & ACCEPT